The Jets and Flames meet in the NHL’s best-of-five play-in round series...The Jets are the road team for Game 1, 2, and 5, if necessary...Calgary finished the regular season with a .564 winning percentage, compared to Winnipeg’s .563 winning percentage.

The Jets defeated the Flames 2-1 in overtime at the 2019 Tim Hortons Heritage Classic in Regina in October...It was the only meeting between the two clubs in the regular season, as the other two meetings were supposed to occur after the NHL paused the regular season due to the COVID-19 pandemic...Josh Morrissey forced overtime by scoring with 4:11 remaining in the third period on the power play, while Bryan Little netted the overtime-winner 3:04 into the extra session...Winnipeg outshot Calgary 45-30 in the contest.

Blake Wheeler leads the Jets in career scoring against the Flames with 19 points (7G, 19A) in 21 games...Bryan Little leads the team with eight goals...Three of Mark Letestu’s five goals against Calgary are shorthanded goals.

The Jets ended the regular season by winning all four of their games in March...Winnipeg outscored their opponents 15-5 in the quartet of contests...Kyle Connor (5G, 1A), Nikolaj Ehlers (2G, 4A), and Blake Wheeler (1G, 5A) each had six points in the four games...The Jets were supposed to put their four-game winning streak on the line against Calgary when the regular season ended abruptly. 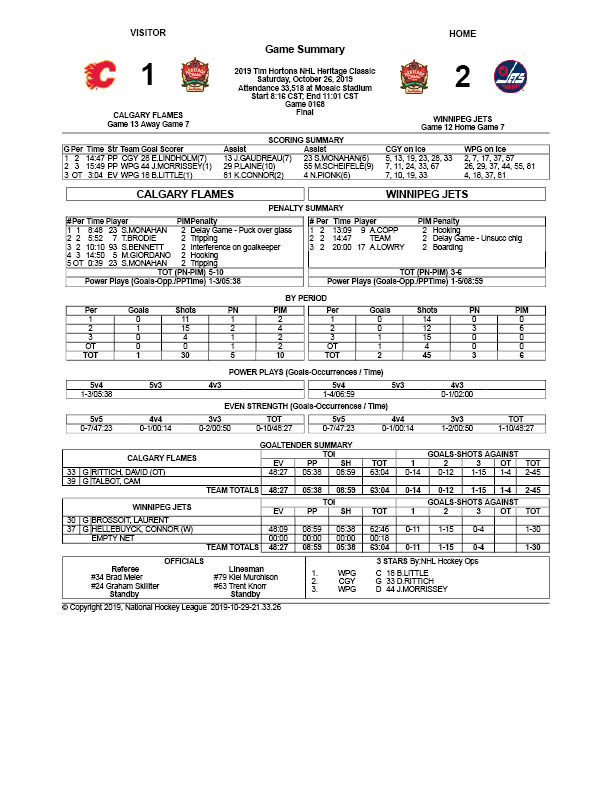 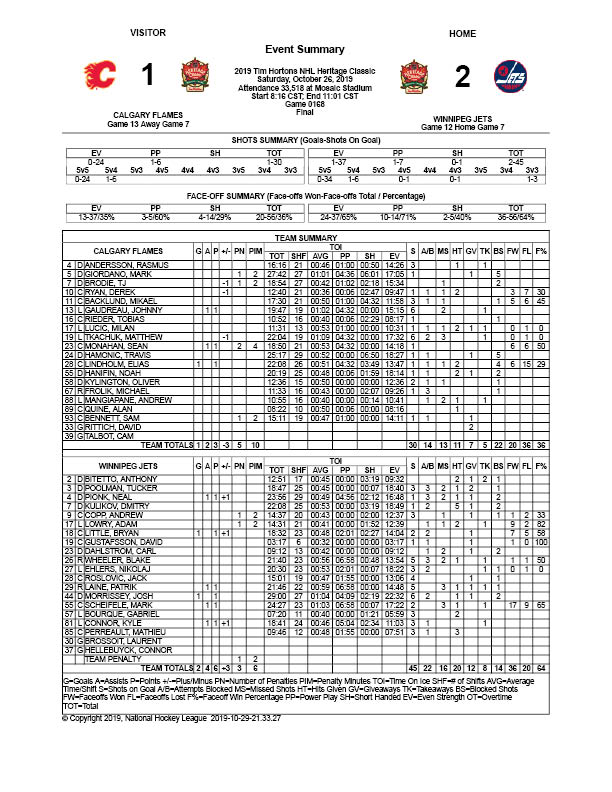